The internal recognition and gradual overcoming of self-sabotage constitute the prism through which I wish to interpret Lauren’s actions in Octavia Butler’s novel,  Parable of the Talents  (1998). I first encountered the fragments of this prism within Toni Morrison’s novel  Beloved  (1987) ,  and specifically within Morrison’s own interpretation of her novel in a  1987 interview with  The New York Times .  The story of  Beloved  has been so widely paraphrased that is has become self-evident. This is a particularly dangerous development in that it denies potential readers the fresh, unique pain of finding self-recognition and eventually self-knowledge within Morrison’s words. In my interpretation, the story goes like this: during the 1850s, a 25-year old enslaved woman named Sethe escapes from a Georgia plantation with her four children and arrives in Ohio to begin her life as a free woman. However, shortly after Sethe’s arrival, her former master, Schoolteacher, follows her to Ohio to
Post a Comment
Read more

Sula/"The Laugh of the Medusa"

Toni Morrison: Playing in the Dark/"Recitatif" 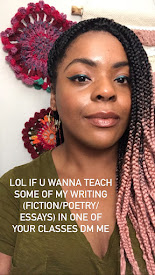